The Dutchman controlled the race from lights-to-flag, with the DAMS and Carlin drivers in tow.

The Race
With track temperature increasing by more than 20 degrees since the morning’s Sprint Race 1, the grid lined up tentatively ahead of what was an unusually relaxed race start, with Verschoor pulling away from reverse grid pole entirely untroubled, followed by Armstrong.

The action was brought to a halt at the end of the opening lap following a nasty collision between Ralph Boschung and Alessio Deledda. Verschoor aced the restart and continued out in front. <br
The Safety Car was called back into action just two laps later after Jehan Daruvala lost control of his Carlin during a battle with Bent Viscaal. Verschoor aced the restart once again, with Armstrong and Ticktum following him in the provisional podium positions. From here, the MP Motorsport man began to build up a gap, leaving the DAMS and the Carlin the tussle for second.

Verschoor carried on at the front to cross the line with a 1.2s advantage over Armstrong, who beat Ticktum to second.

Key quote Richard Verschoor
“I am incredibly happy to take my first win in Formula 2, I am really over the moon and want to thank the team a lot. I had a great start today and had great pace afterwards.” 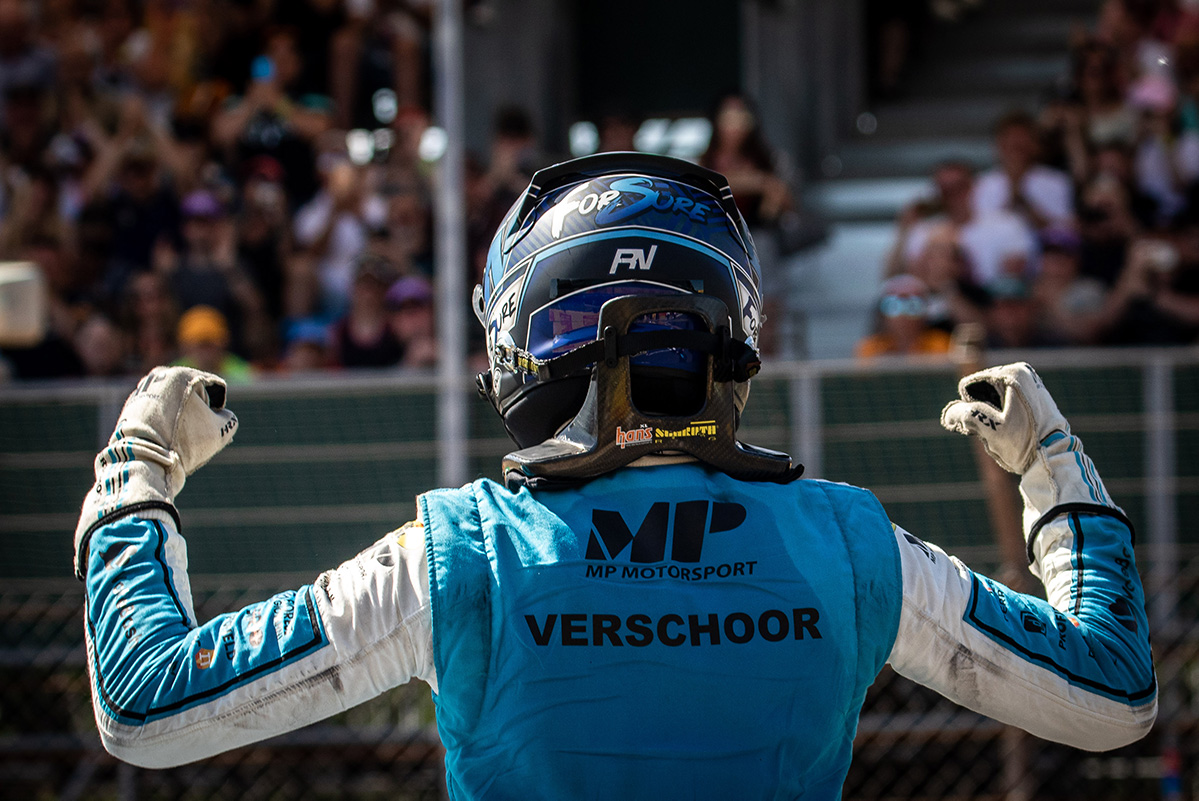