TeamNL driver Richard Verschoor has delivered a more than decent performance at Monza last weekend. The 18-year old driver managed to finish in fourth position during both races. Verschoor really kept his cool during a crazy qualification were seventeen of the twenty two drivers received a grid penalty. The MP Motorsport driver hopes he can take his form and speed to Sochi Circuit in Russia.

Monza Circuit was sort of a pressure cooker last weekend with tens of thousands excited Italian Fans cheering for Vettel and Leclerc and on the paddock you could still feel the sadness about the loss of Formula 2 driver Anthoine Hubert. “You can still feel it, everywhere around you. Everybody is still talking about it and people asking about it. And that is a good thing. I had three stickers of Anthoine on my car this weekend. We have to remember and honour him and that’s really important,” said Richard Verschoor.

Despite the sad mood on the paddock Verschoor was pretty satisfied with his performance on Monza last weekend. “If I have known before this race weekend I would finish fourth in both races I would have settle for it. Finally I could fight with the guys on top again. Right from the start of the free practise everything went well. The car was great in both dry and wet conditions.”

And then qualifying started. Having a great slipstream during qualifying almost means you will have a great lap on Monza. And some of the drivers really tried almost everything to get that slipstream. Some of them started to slow down a lot so other drivers would pass them. But that plan didn’t work out at all. The difference in speed during qualification was enormous and everyone was waiting on eachother.

Verschoor kept to his plan and was able to drive only one decent qualifying lap. “I am happy that the one fast lap I did drive was a good one but a better time would be possible. We went out almost a minute after the rest to be able to set another fast time but I still ended up in a lot of traffic and had to stop my attempt.”

Seventeen of the drivers received grid penalties for their behaviour on track and because of Verschoor obeyed the rules he moved from eight position on the starting grid to the third position. “That was awesome! I obeyed the rules and didn’t receive a penalty. Finally I had some luck!”

During the first race Verschoor had a great start and even moved to the lead for a short while. After that he couldn’t hold back the faster cars of the Italian Prema team. Verschoor finished in fifth position but after one of the Prema drivers got disqualified he climbed one spot to finish fourth overall in race one. “That was a great race. I was on the lead for a short period but the Prema cars are just a little bit faster. I was the only driver who could match their pace and that gives me a lot of confidence.”

In the second race Richard Verschoor finished fourth again. He lost one position to his teammate Liam Lawson but also overtook another driver. “Again I was close to the top and the podium. It all went great this weekend. In the past I overdid it at Monza but this time all went well and I kept my cool.”

At the end of september the next two races are planned at Sochi Autodrom in Russia and Verschoor hopes he can take his form with him to Russia. In 2016 he debuted with great results in autosport at Sochi. With that great start he ended 2016 with two international F4 titles. “I really have high expectations of the next race. Sochi is one of my favorite tracks and last year I had a really decent race over there. I am really looking forward to the next races.” 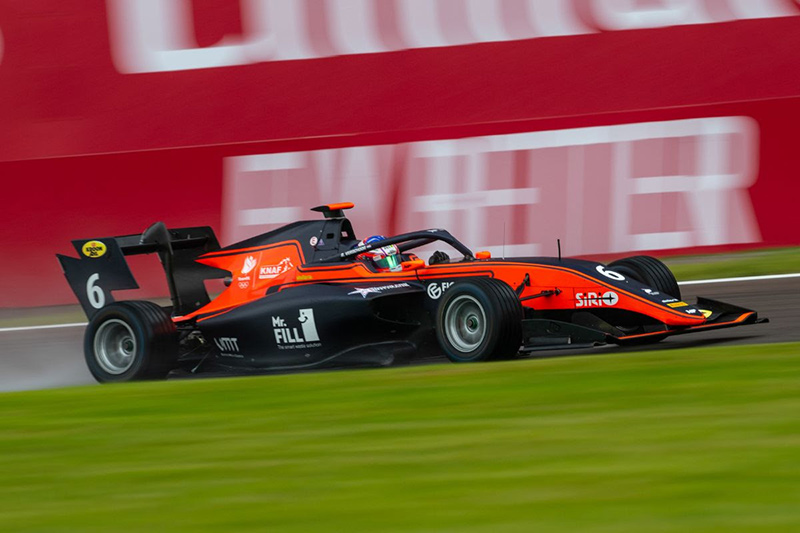