Leading Dutch motorsport outfit MP Motorsport is gearing up for a fresh challenge by taking to the streets of Macau for the Macau Grand Prix. The upcoming weekend is the first time that the Dutch team will compete on the famous Guia street circuit in the former Portuguese colony – and with Liam Lawson, Richard Verschoor and Lukas Dunner, the team will bring three Macau rookies too.

66th Macau Grand Prix
In 2019, the 66th Macau Grand Prix will be run for the new FIA Formula 3 cars for the very first time. The non-championship race will see all regular FIA F3 teams take part with three cars each, filled by a mix of season regulars, local heroes, Macau veterans and new faces stepping up from Euroformula Open, Formula Renault and Formula Regional. It will be the first race in Asia for the reinvigorated category, on a circuit that has seen several updates to its safety standards.

For MP, the 2019 FIA Formula 3 World Cup at Macau will mark the Dutch outfit’s debut at the evergreen F3 event, and team manager Sander Dorsman is well aware of the steep hill the team will have to climb. “We are under no illusions that we will perform at the front right from the start, but you never know. We will come as prepared as we can, the drivers having spent many hours in the simulator getting to grips with the daunting Macau circuit. With Liam, Richard and Lukas, we have a line-up that perhaps lacks in Macau experience but certainly not in talent. We will give it our very best shot!”

Drivers Liam Lawson, Richard Verschoor and Lukas Dunner all look forward to the unique challenge ahead, hoping to boost their reputations with a good result at the famous Asian venue.

“A legendary place”
“It’s a legendary place”, said Richard Verschoor, who ended his FIA F3 season on a high with strong results at Monza and Sochi. “Driving there for the first time in my life will be a highlight that featured strongly on my bucket list of world-famous circuits.” 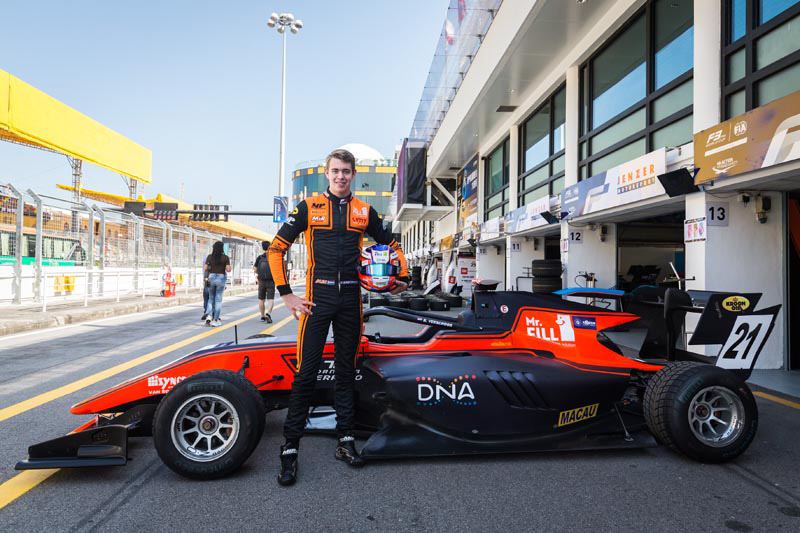